With rising pollution levels and diseases that spread across the globe, an increasing number of people want clean air and water.

One Korean company, ChungHo Nais, has been trying to provide both since 1993. The company focuses on healthy living appliances including water purifiers, air purifiers, bidets and water softeners.

In the early 1990s, health-related businesses faced an uphill battle in Korea, as water purifiers were not used in most homes. However, after an incident in which phenol was released into the Nakong River and into regular tap water, people began to realize how important clean water is.

The late honorary chairman of ChungHo, Jung In-ho, established the group with his eldest son and current chairman, William Jung, in 1993. William Jung was at the time a director of Woongjin Coway, now one of ChungHo’s leading competitors in the healthy living market.

ChungHo turned a profit in its first year and in the following year, made deals in the United States, Japan and Southeast Asia. It has since signed an exclusive deal in Saudi Arabia and has expanded into 30 different countries.

ChungHo was strong enough to catch its main competitors in five years and became No. 1 in Korea in 1997.

However, things weren’t all smooth for the group. ChungHo hit hard times when the Korean economy floundered in 1997. It lost its leadership spot in the market after its main competitor started a rental service for water purifiers at low monthly prices.

ChungHo was late in entering the rental market, starting only in 2000.

However, it has fought back strong with its focus on quality rather than quantity. It won the “New Technology Product Frontier Award” 10 years in a row, and its ChungHo planners, who are usually married women, have engraved the “quality first” image that ChungHo has been aiming for.

The company has also emphasized research and development, concentrating on new developments in technology. Each year, it has invested 7 percent of its sales in R&D. Its most recent accomplishment is its four-level reverse osmosis membrane filter, now able to provide 99.9 percent pure drinking water.

With its policy of “never compromising in terms of cost in the safety of drinking water,” ChungHo has passed governmental safety tests on every level including when dioxin became an issue, as it filtered out the harmful substances.

William Jung earned his credentials as a water expert, obtaining certification as a CWS-V (Certified Water Specialist-V) in 1988 and working at Woogjin Coway for two years from 1991 as the head of its research institute before joining hands with his father.

Jung majored in chemical engineering at Minnesota State University and followed with a master’s degree in international marketing from the same school.

ChungHo Nais, which is responsible for manufacturing the ChungHo Group’s health-related appliances, also acts as a holding company for several affiliates. Microfilter, which was a technical joint venture with the U.S.-based Omnipure Filter in 1996, is responsible for manufacturing various filters that are used in ChungHo products, as well as in other products including filters for refrigerators. ChungHo CE was established in 2007 to focus on future businesses mostly concentrated on health in people’s homes. MCM, ChungHo’s newest unit, was recently established for domestic sales and exports of small parts used in water purifiers.

Also, the group has been involved in cosmetic products based on its clean water base since 1996.

In 2003, ChungHo Nais became the first company in Korea to release an ice-water purifier, which was a water purifier with an icemaker function installed.

Meanwhile, ChungHo’s water purifiers continued to improve in both technology and design. Its most recent recognition was for its air purifier. The company’s Iguassu Waterfall Air Purifier, which was the world’s first waterfall-type air purifier, featured George Smoot, winner of the 2006 Nobel Prize and a UC Berkley lab astrophysicist, in its TV commercials.

The group said that it wants to increase the spread of its products globally and make Korea the leading maker in water and air purifiers. It also wants to make ChungHo into a leading global health-related product manufacturer.

The group added that if the past 17 years has been the base for the group’s growth, the next one or two decades will be ChungHo’s opportunity to become the global market leader. 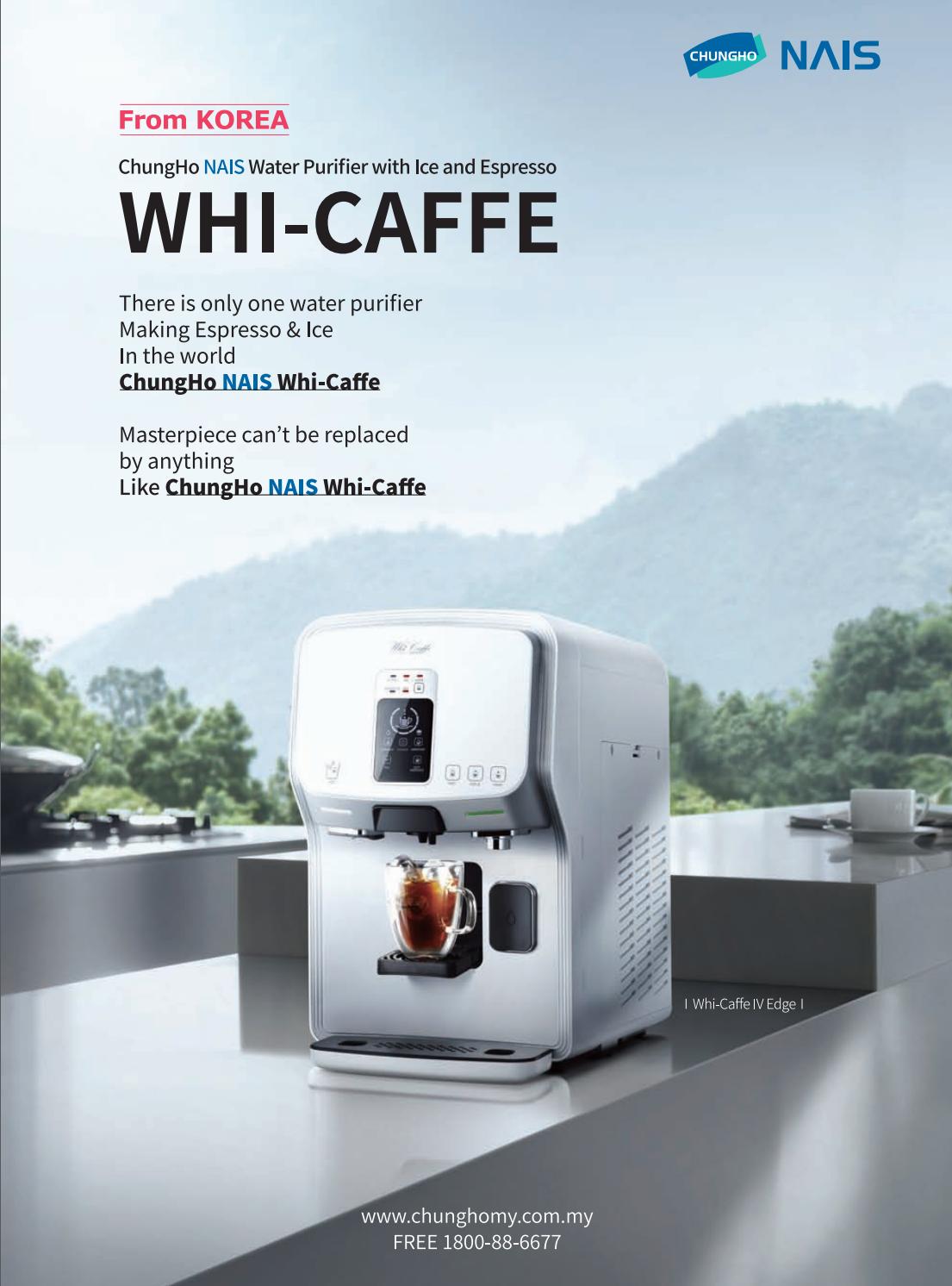